Is it better in Beaumont?

For Christine Maligec the answer is yes.

A single mom with a one-year-old Schnoodle — a cross between a schnauzer and a poodle — Maligec found exactly what she wanted in Triomphe, a growing subdivision in the southeastern part of that city.

While she lived in Beaumont prior to her recent move and home purchase, her search parameters widened to include Edmonton’s rapidly expanding southern residential offerings. She was open to going as far north as the Ellerslie area in her neighbouring city. The only other determining factor was price.

Maligec would also look at condominiums, duplexes and resale homes but nothing fit until one night when she was out for dinner with some girlfriends and said, “Why don’t I just check out MLS?”

Earlier that same day, Montorio Homes had just posted a listing for its Triomphe townhomes. The ad was for the unit that Maligec would end up buying, which was just about move-in ready. “I just came and had a look and I just knew this was the one,” she said.

“It gave me some comfort and kind took a little ease and pressure off of me to get on and start a new life,” she said of the home she moved into last October. “The house I was moving into was ready to accept me.”

The three-storey, three-bedroom townhome, at about 1,300 square feet, had panache and went the extra mile as opposed to being just completed in a builder’s grade finish, said Maligec, pointing to luxury vinyl plank floors, quartz countertops, large high-efficiency windows as well as included window coverings, and wider stairs. Those were just some of the features that stood out to her.

She was also impressed with Montorio’s commitment to building a better home.

“Montorio has done a fantastic job of actually thinking about energy efficiency, carbon footprint, and resiliency,” she said. “In addition to the high-efficiency furnace, they’ve also included an air-exchange system … and especially at this time of year we’re not using as much energy to heat the house up.”

Montorio has been quite active in the Beaumont area since 2003 having built some 150 homes there.

“We receive a lot of positive feedback about the quality and detailed craftsmanship that Montorio provides within our homes,” said Stacey White, Montorio’s area manager. “Our buyers love that we offer many premium finishes as a standard, where they would be considered an upgrade with other builders.”

“It’s a walkable community,” she said. “There’s walking paths everywhere, the sidewalks are nice and wide. The streets are wide enough that people can park and still pass you in the winter,” Maligec said, noting that some communities have streets so narrow that it makes it hard to drive on them at this time of year if cars are parked there.

“Even though we’re a little out of what they call ‘centreville’ or the centre of town, it’s still walkable. You’re 10 minutes away if you want to go to someplace like Chartier for dinner,” said Maligec. The design of the entire city is incredibly intuitive; especially this community, it’s intuitive for long-term growth.

“We did recently get a notice from the City of Beaumont that behind us they’re starting the next phase (of Triomphe) and we’re all actually very excited to see this continue on.”

Advance Search is already enabled in the header.

Walker Summit –   This home is a corner… 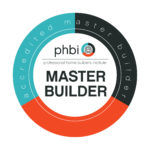 New Mortgage Rules and Where to Go For Help